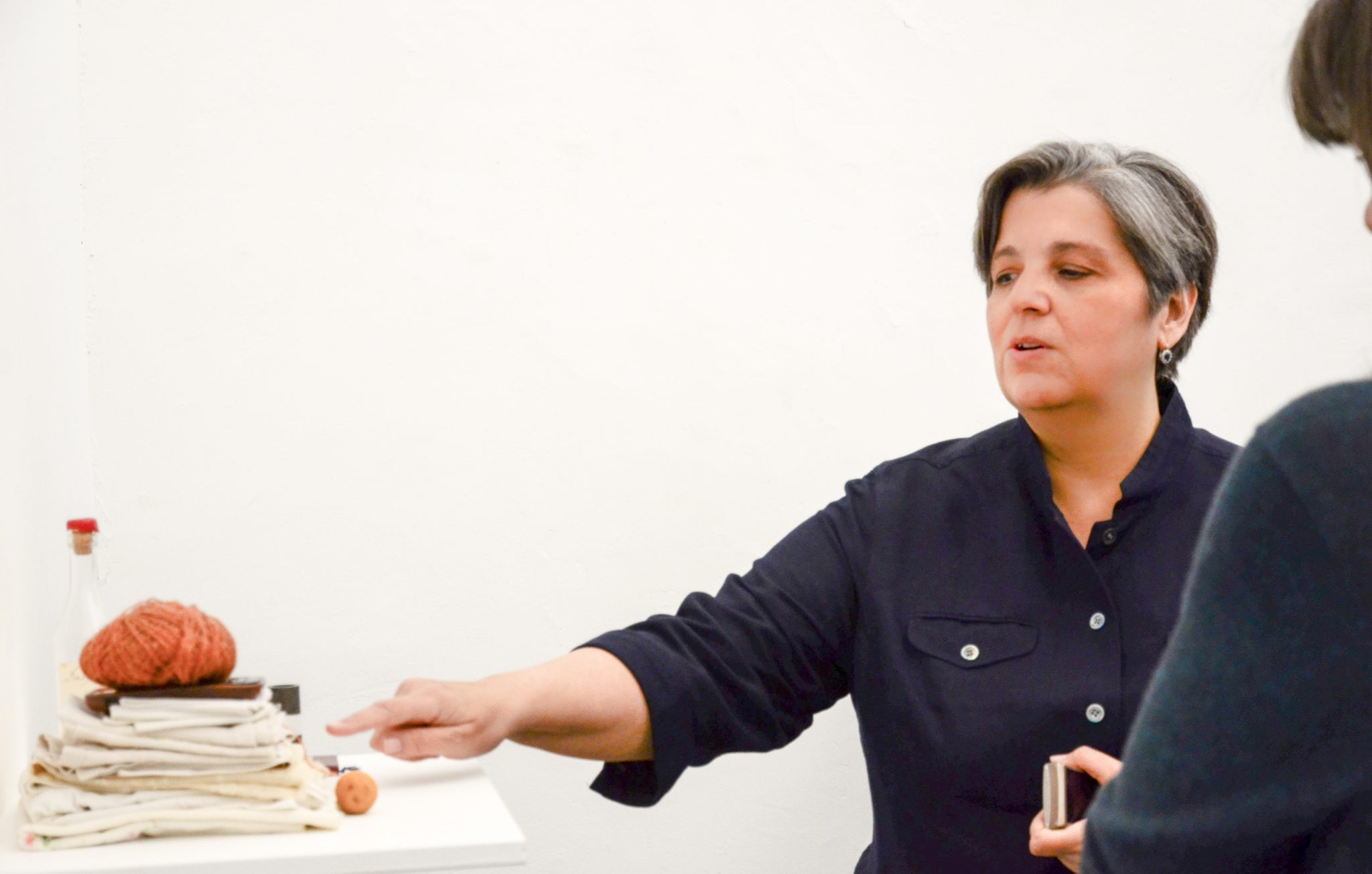 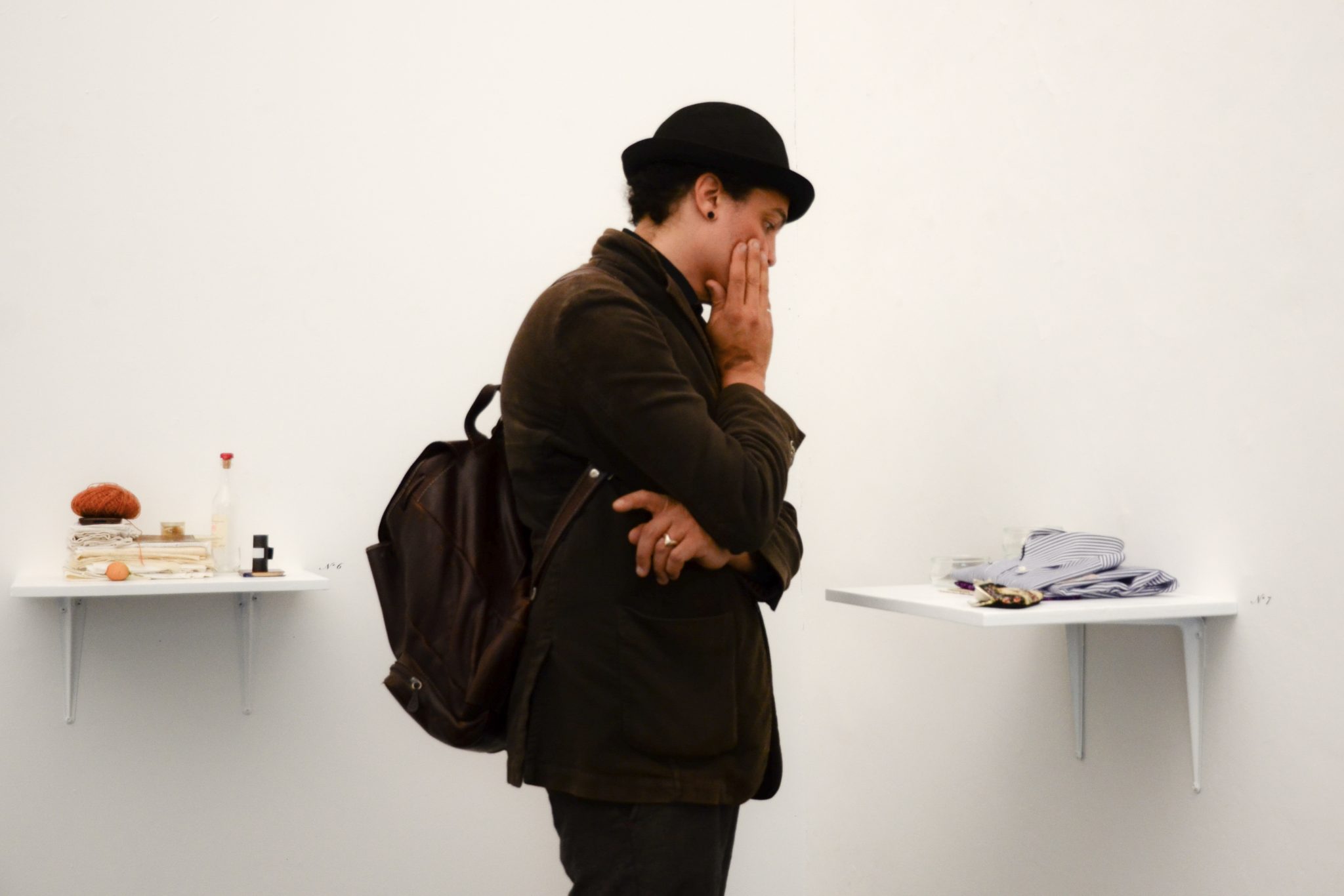 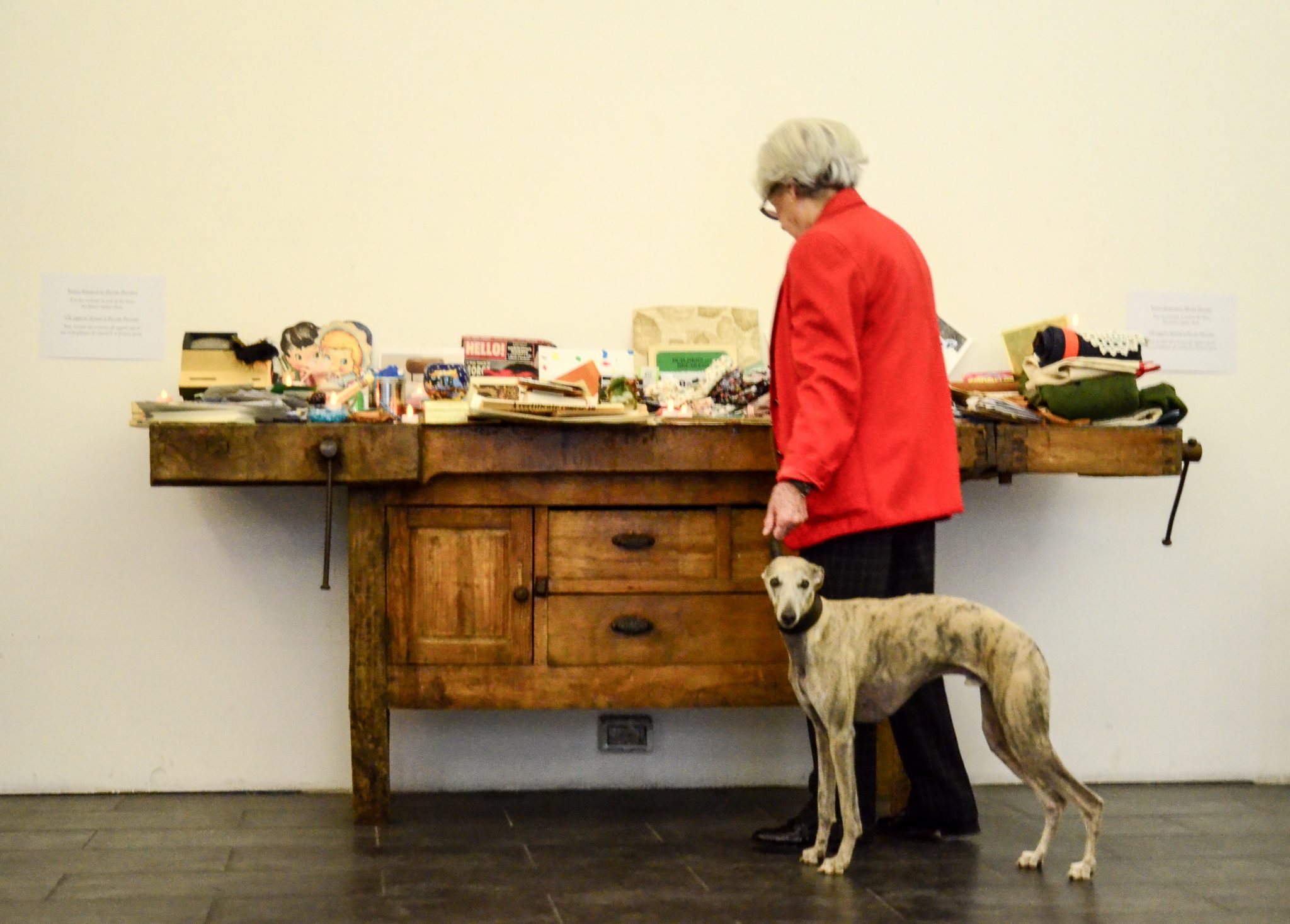 If you know the premise of the exhibition Passato Prossimo—an open call to the public asked for donations of items that evoke nostalgia—and if you already know that we are primarily artists working in “book art” (we have been collaborating in this medium since 2014), you might expect to see books, lots of them, created from the ephemera and objects we received during our SRISA gallery residency (March 23-April 4).

The experience of inventorying the contributions was tinged with a certain oppressiveness—the quantity of extra “stuff” we all keep and cherish, much of which has no intrinsic value. And yet, our instinct was not to deconstruct the individual items—to do so felt invasive, even destructive—but rather to reimagine them. Approaching the work in this manner allowed for an array of possibilities; our discussions on concept and execution were extensive.

This two-part exhibition of image, text, and still life is the result of our reflections on the theme of nostalgia. Part I (lobby), “Imagining the Contributors,” photographically documents the complete individual donations from a selection of twelve participants. Part II of the exhibition (gallery), “The Contributors Reimagined,” consists of eight still lifes. As a complete body of work, they incorporate at least one item from each of the over forty participants. Our compositional decisions were largely intuitive and based on a balance of color, shape, size, texture, material, and, naturally, what each new ensemble suggested. These suggestions spawned poetic texts, located in numerically corresponding folders.

Also on view is a souvenir packet of twenty small photographs of “Imagining the Contributors” and “The Contributors Reimagined,” made in a limited edition. The souvenir packets and postcards of the individual images are keepsakes of nostalgia and thus perpetuate the accumulation of experience-based ephemera.

Patricia Silva, a book artist, printmaker and educator, lives and works in Florence, Italy, where she has taught at various American university programs since 2000. Patricia maintains a private studio, creating limited edition, one-of-a-kind and commissioned bookworks. Her work can be found in collections in the US, Italy and Brazil.

Lyall Harris is an award-winning artist and published writer of poetry and prose. Her artwork has been widely exhibited and her book art is held in numerous Special Collection libraries across the United States, among these, Yale, Stanford, UCLA, Indiana University, University of Washington, and Smith College.

“Hiding in the Light” by Greg Watts

“Time after Time” by Ruth Weisberg