“Memories of Green” by Eloise Ghioni 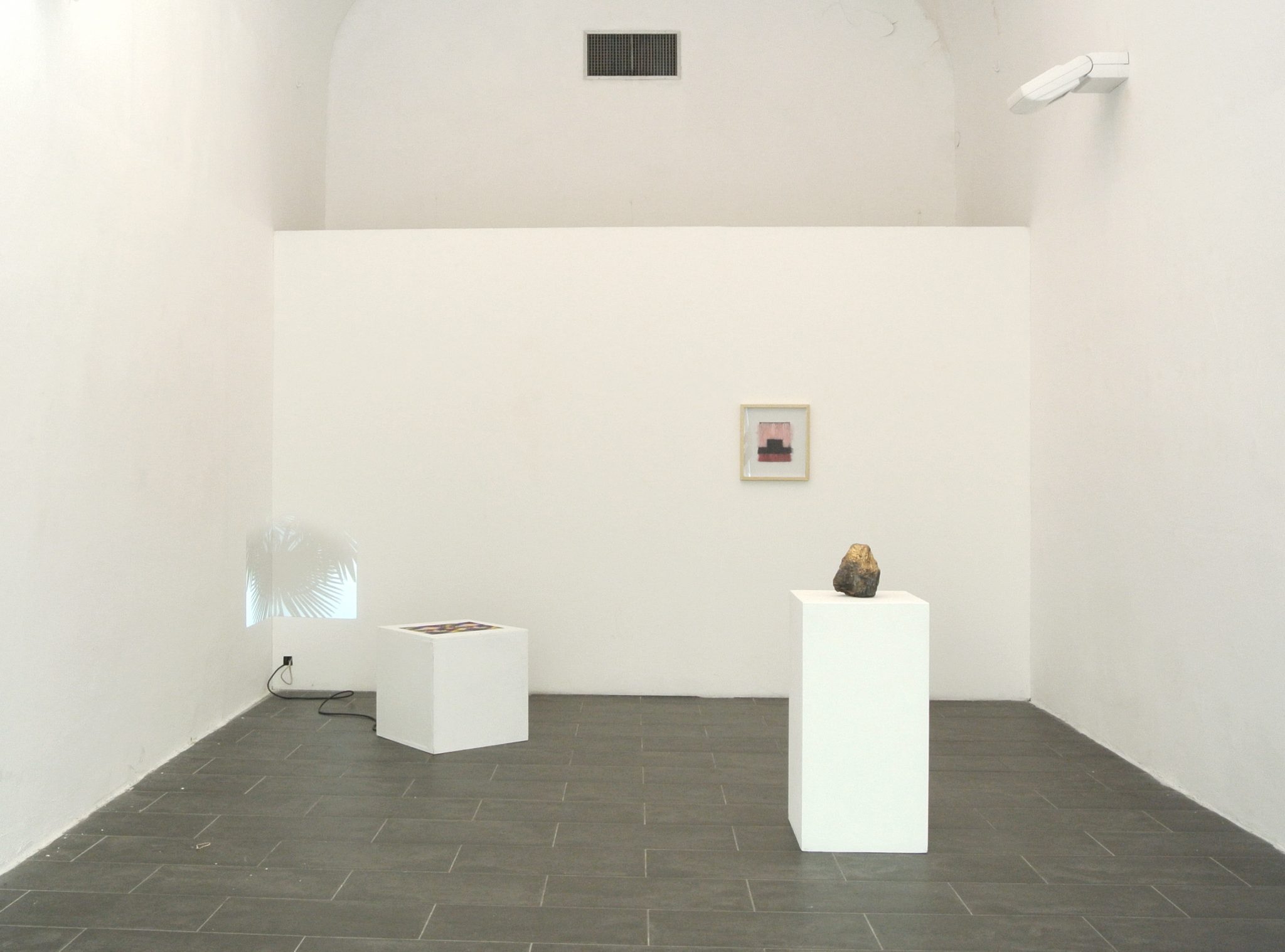 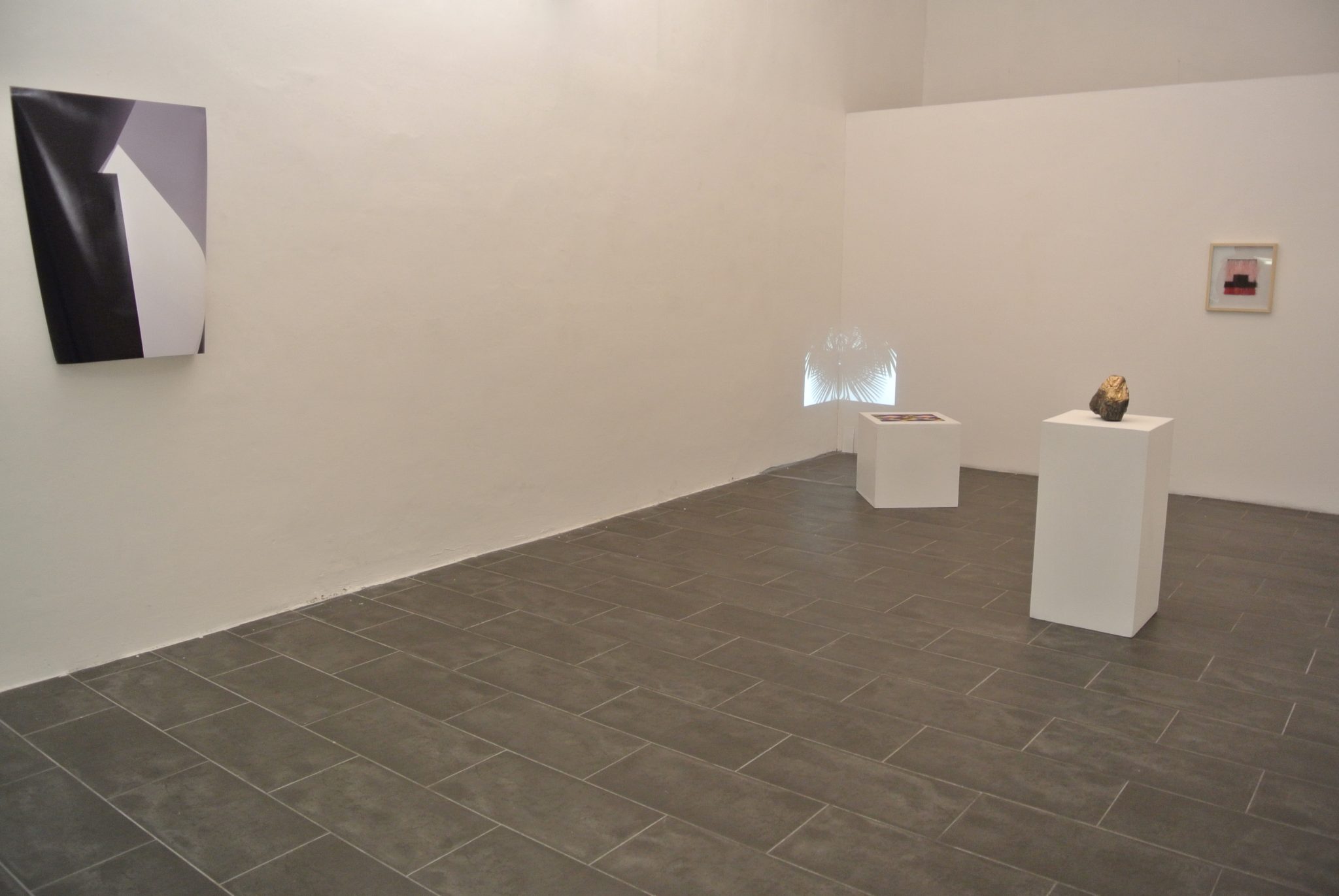 Memories of Green by Eloise Ghioni. For this installation, Ghioni presents a series of new works including video, sound, sculpture, and pictoral works that speak of time in relation to memory. The title of the show borrows its name from the song by Vangelis, Memories of Green, from the film Bladerunner. The music fills the space and permeates each work with its minimal sounds and ethereal dissonance. In this interview with curator, Andrew Smaldone, Ghioni explains the motivation for the work and discusses its place within her art practice.

AS – This is your second solo show at SRISA Gallery. How has your worked changed since your last exhibition in 2009?

EG – Rather than talking about change, I think it’s more appropriate to speak of a natural process of evolution. I think I have gained a greater awareness regarding: my work, my research and what makes sense for me to tell others. In fact making art means just that: narrarating a vision.

AS – You’ve mentioned to me that you’re interested in Vangelis’s “Memories of Green” from Blade Runner (1982). How will sound play a role in your show?

EG – “Memories of Green” is not only a musical milestone in the history of cinema (Vangelis for Blade Runner), but refers to a specific character named Rachael in the story of The Bladerunner (1974) by Alan Edward Nourse. Rachael is the most evolved ‘surrogate’ she is capable of expressing and feeling human emotions. And she also, importantly, received implanted memories of a childhood never lived. The paradox that arises, highlights an unusual aspect of subjective perception. To what extent are our memories real? Things that we remember: did they really happen or are they simply the sum of a set of data that we’ve acquired, virtually or physically in our past? The memory of Rachael consists of both episodes of life never lived (childhood) but also to other recent events, chronicling the life of the surrogate. And like the character of Rachael, even we are subject to similar experiences, often when a memory is triggered one adds a series of suggestions that may be personal, emotional or circumstantial. “Memories of Green” (the exhibition) will tell exactly that: my memory.

AS – I’m interested in an element of infinite time in your art. Can you discuss how you interpret time in your overall process of life and work?

EG – The perception of ‘atemporality’ is very strong in my work, and I myself prefer to concentrate and focus on issues that have a sense of continuous time. It’s also a psychological and mental approach that predisposes me to have a more complex vision of a variety of elements, while at the same time not getting lost within myself. This way of working, ultimately, allows me to have an almost maniacal attention to every single detail. Time is the dimension in which one conceives and measures the passing of events. It helps us distinguish between past, present and future. Time is an element that was once believed to be ‘fixed’, but has been proven to be relative and variable. The paradox that arises from this situation becomes yet another source of inspiration for me.

AS – Wood, paper, stone and feathers: these are all materials you have worked with in the past. Do you see some kind of message in the materials themselves?

EG – I’ve always considered the problem of the choice of materials with which to work. My approach comes out of painting and this is felt in every work I make, but – contrary to most painters – my work doesn’t have any of the basic elements of this expressive technique, indeed these days it would appear to be exactly the opposite. I’m attracted to materials that posses a specific history in their structure, but it’s important that they have natural origins, a kind of ‘biological memory’. I’m refering to wood, stone, feathers, and their derivatives (paper, textile fabrics, etc..). Having a material that amplifies the awesomeness of the meaning of the object becomes an essential part of the work. But at the same time, I’m not ruling out the integration of artificial materials in the near future.

AS – You now work between Italy and Liechtenstein. Can you discuss how this move has affected your art?

EG – I’ve lived in various places and each of them has made a significant contribution tomy path. This also happens when I’m traveling for pleasure but is clearly stronger when you create a close connection with the place, the community, and the individuals you interact with on a daily basis. But for the first time I do feel like I’ve arrived at a “destination”.

AS – You have always struck me as a person who has accomplished her dreams. I also believe you have done this by being generous to others around you. But what would you say your new dreams are?

EG – My new dreams are much more private and personal, and to realize them it takes two …

“The Architecture of drawing” by Zeuler Lima