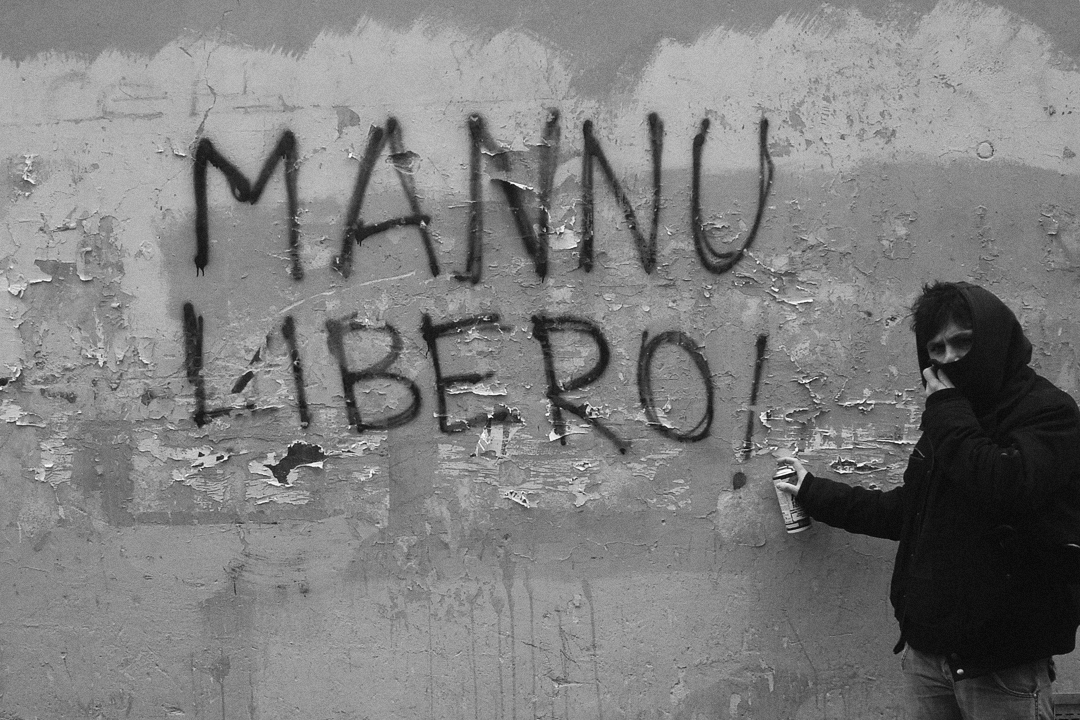 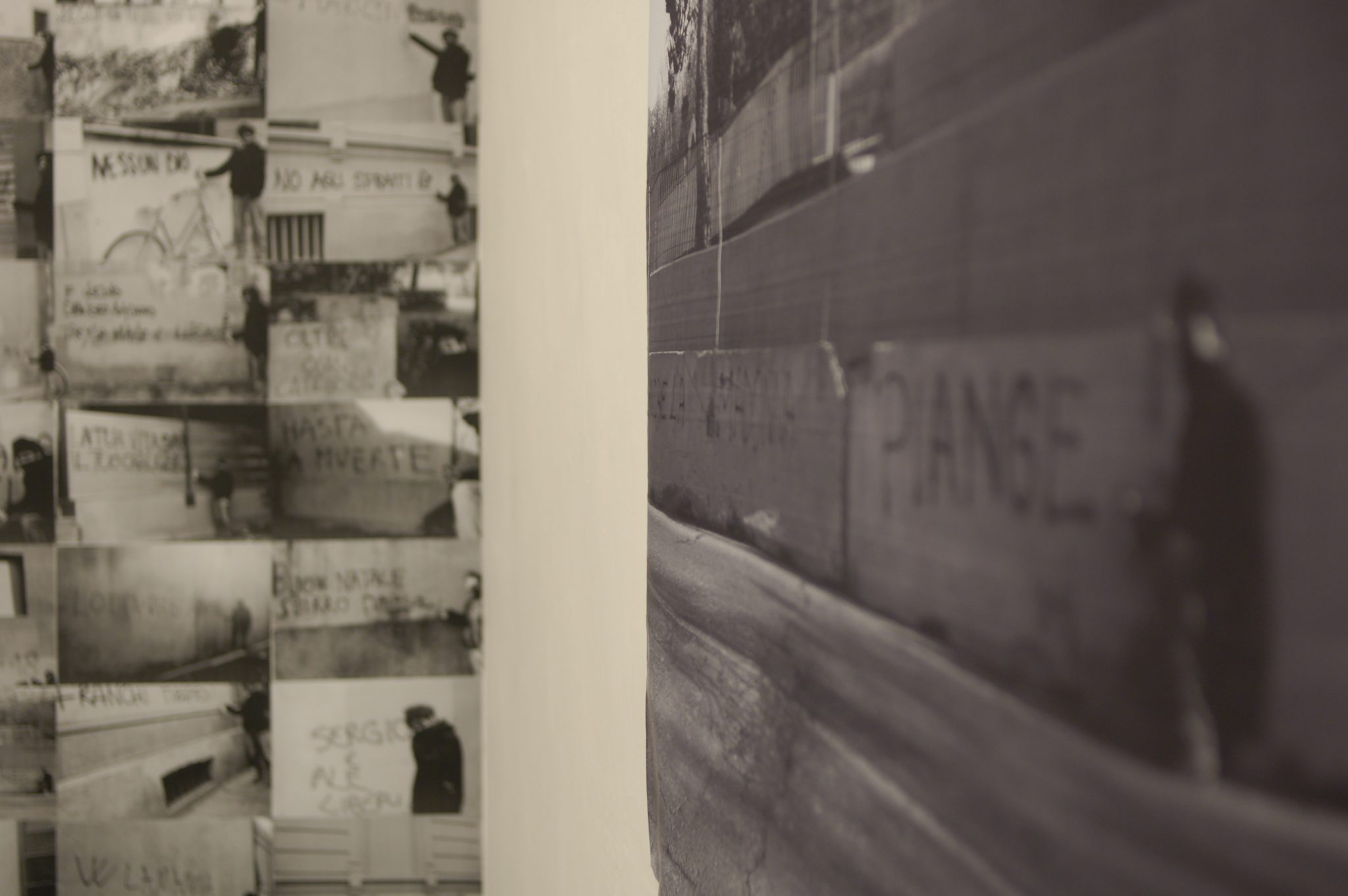 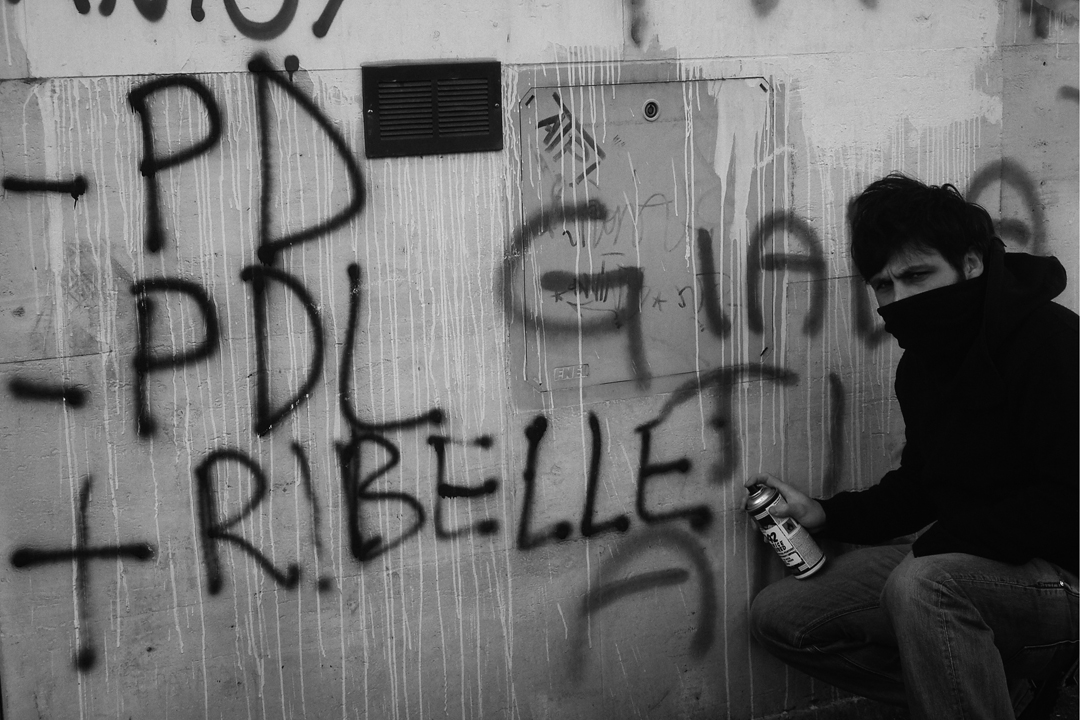 Adalberto Abbate presents, “Firenze says”, for the SRISA Gallery of Contemporary Art.   A new edition of a work that continues his research on the themes of civil liberty, urban revolt (rebellion) and the freedom of expression, This site-specific project, first presented with the title “Palermo says” in Palermo in 2010 for the exhibition  “Rivolta” at the galleria Francesco Pantaleone, considers the potential for self-determination in the individual and the freedom of expression and rebellion that underpins the act of writing words of protest and dissent on the wall of the city.

Abbate does not take a moral or political position on the messages contained within the written statements, but rather highlights the importance that such acts have in disturbing the silence.  A silence that is broken by those with something to say but no voice, that in exasperation, write on the walls and find that they have a voice, a mind, ideas and fury.  “Firenze says is the voice of the hidden city, that reaffirms its presence with tenacity by constantly challenging the city’s periodic repainting of the it’s walls in an effort at urban restoration.

These anonymous statements bear no signature, if not for a symbol indicating their affiliation with a political or ideological group.  In these photographs, the artist is depicted as he mimes the act of writing the statements on the walls, and in doing so he lends a face to the anonymous authors.  His presence is not one of appropriation, but rather completes the act and implicates the need for personal responsibility. In the end there is an impulse to archive the forgotten social history that is unloved by those in
authority.

“Excuse my dust” by Luca Scarabelli